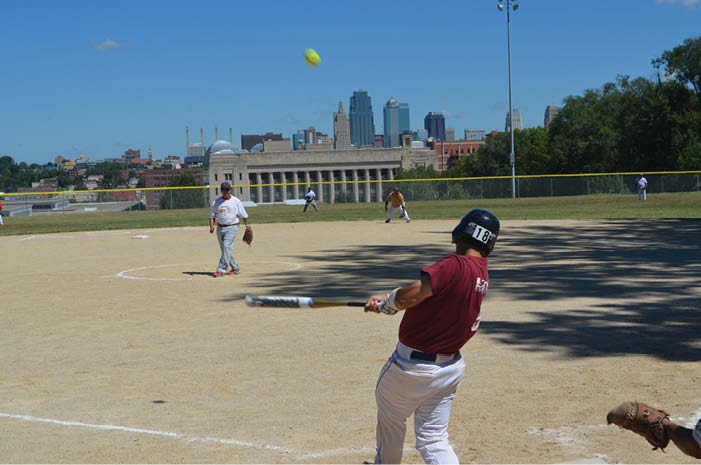 KANSAS CITY, Missouri – A new collecting initiative focusing on the importance of baseball in Latino communities was officially launched last weekend with a series of events at the Kansas City Museum.

The “Latinos and Baseball: In the Barrios and the Big Leagues” multi-year collecting initiative – part of a national partnership with the Smithsonian National Museum of American History – began on Friday, August 12 with a panel discussion featuring a variety of experts. The weekend events also featured a new ‘Latinos and Baseball’ exhibit, a concert on the lawn of the Kansas City Museum, and the 2nd Annual ‘Los Sabios’ Memorial Fast Pitch Softball games, which were played at Penn Valley Park’s Paul Waxie Hernandez fields.

“This is really what Kansas City is about; celebrating successes together without regard to whether we’re black, white, Latino, or anything else,” said James. “We’re all Kansas Citians, and we all care for each other.”

“Thank you Dr. Chavez; it’s been a complete honor and a privilege to work with you,” said Tutera.

Smithsonian Latino Center Director Eduardo Diaz was the first panelist to speak. He stressed the importance of creating partnerships with the community in order to get the collecting initiative – and later a national traveling exhibit – off of the ground. For that to occur, Diaz said that they needed donations of bats, balls, uniforms, pictures, or any other pertinent historical items.

“We say baseball is America’s pastime. That’s true, and Latinos are American,” said Diaz. “We’re essentially storytellers at the Smithsonian, but in order for us to tell stories, we need things.”

L. Steven Velasquez, the associate curator at the Smithsonian National Museum of American History’s Division of Home and Community Life, told the story of how the Smithsonian got involved with the collecting initiative. When he looked at what items the museum already had relating to Latinos and baseball, he found only one item: a jersey once belonging to former Major League Baseball Hall of Famer Roberto Clemente. Immediately, Velasquez knew they needed more.

“We’re asking you to think about what you might have,” said Velasquez. “We’re going to ask you if you’d consider donating these items to an institution. We will keep these objects in our collections here or in Washington as we develop this exhibit.”

Panelist Ben Chappell, a professor at Kansas University, described the amateur leagues created during the first half of the 20th century, born in part because the major leagues remained largely segregated. That didn’t really begin to change until after World War II, according to Chappell.

Other panelists discussed prominent Latino baseball players throughout the game’s history. Texas Tech professor and Associate Dean Dr. Jorge Iber told the story of Topeka product Mike Torrez, who went on to have a career in the major leagues during the late 1960s and 1970s. Torrez, a fire-balling pitcher, won the sixth game of the 1977 World Series. Iber relayed how Torrez experienced discriminatory practices growing up in the Midwest. Iber also noted the tale of Torrez’s first big league tryout. Legendary executive Branch Rickey – the man responsible for breaking the color barrier by signing Jackie Robinson – couldn’t believe Torrez was Latino because he was so tall and powerful.

“Branch Rickey is taken aback: so much so that Rickey refuses to believe that Mike was Mexican-American,” explained Iber.

Memorabilia from Torrez’s playing days was displayed at the Kansas City Museum during the weekend, right along with artifacts from the career of Kansas City-based former big leaguer Diego Segui. Segui was also on hand for the panel discussion. A Cuban, he spoke about how difficult the transition to America was during his playing days.

“I’m lucky to come to the United States, and I’m lucky to marry my wife. I didn’t have the education to survive,” said Segui. “It’s hard to come from the farm and go to the city. Everything is different.”

The panel discussion and other weekend events helped kick off a successful start to the Kansas City Museum’s collecting initiative, said museum Director of Collections and Curatorial Services Denise Morrison.

“We were really lucky to have Dr. Chavez as a liaison. He had a lot of contacts, and it was building trust that you are going to treat their stories right,” said Morrison. “Having the Smithsonian here just kind of heightened that.”

Morrison said that the museum was able to collect more than a dozen items during the first weekend of its collecting initiative. The items will be split between the Kansas City Museum and the Smithsonian, but Morrison was optimistic that they had made contacts over the weekend that would lead to further donations over the course of the multi-year initiative.

For now, Morrison just wants the community to know that the museum is eager to display more items from the history of Latinos in baseball, and that they will treat the artifacts with the respect they deserve.

“I really, truly believe that objects have power, and that they can convey so much,” said Morrison. 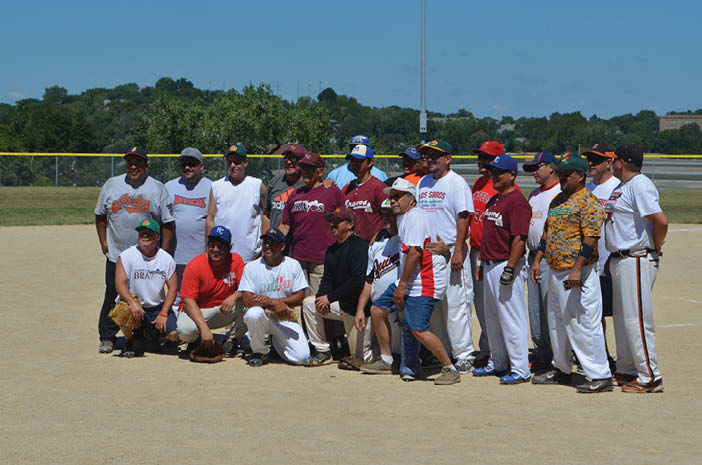 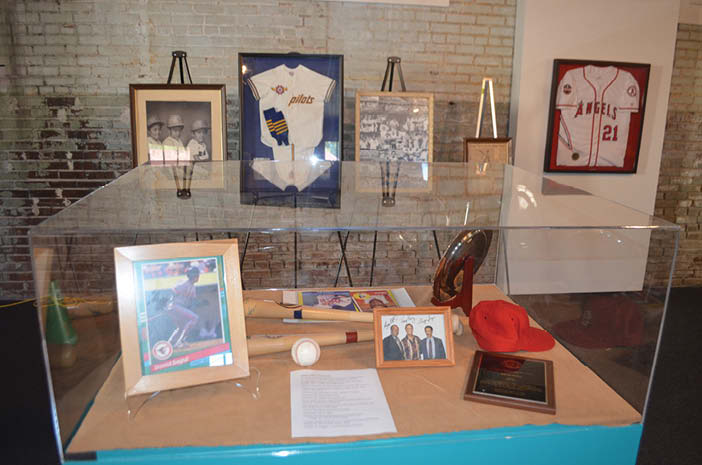