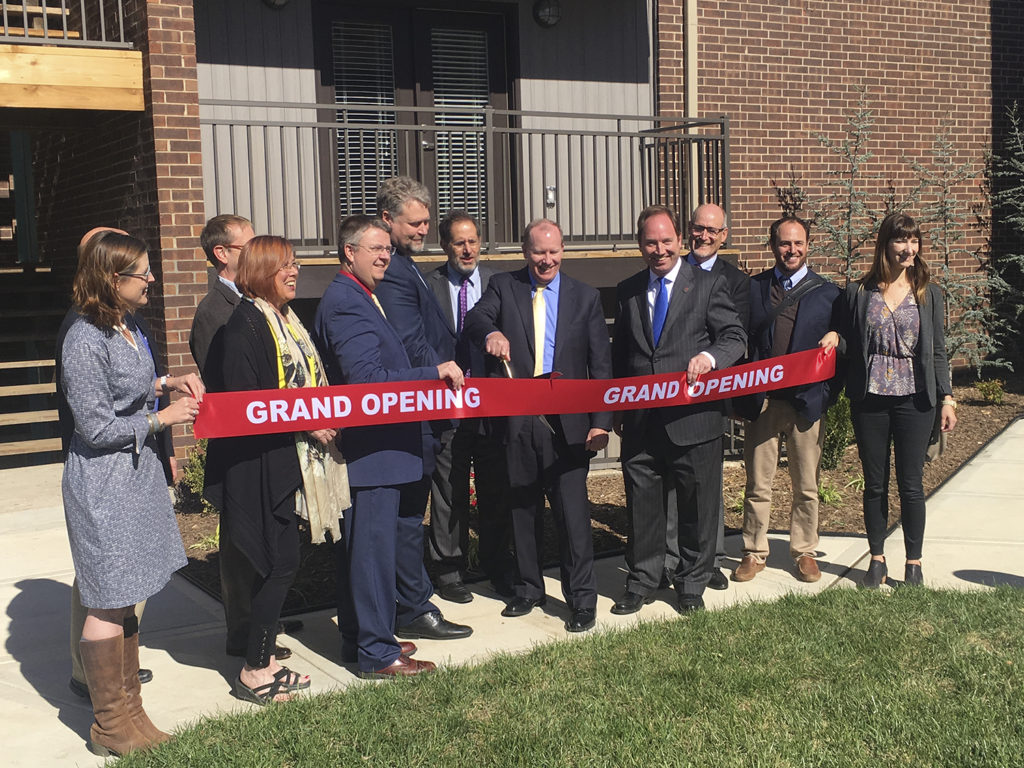 It was literally standing room only in the parking lot of the old Northeast Community Center at Independence and Olive on the afternoon of Wednesday, October 25, as the ceremonial ribbon cutting on the newly-christened Pendleton Flats apartments were held one block to the west.

City Manager Troy Schulte continued his effusive praise for the Historic Northeast community, describing how the positive influence of the Paseo Gateway project, combined with other initiatives, is re-shaping the surrounding communities in a positive way.

“This really is an anchor for redevelopment throughout the corridor,” said Schulte. “We couldn’t be more happy with the results here, and we’re looking forward to Phase II with more blight removal and more redevelopment to occur.”

Schulte was referring to an impending groundbreaking ceremony at the Pendleton Arts Block development, tentatively scheduled for November.

Organizers called out two new residents of the new complex to speak at the event. LaSalle Harold praised the city and development partner Brinshore Development for collaborating on the Pendleton Flats project.

“It’s really an exciting time to live in Kansas City,” said Harold. “I’m excited to be a part of this project.” 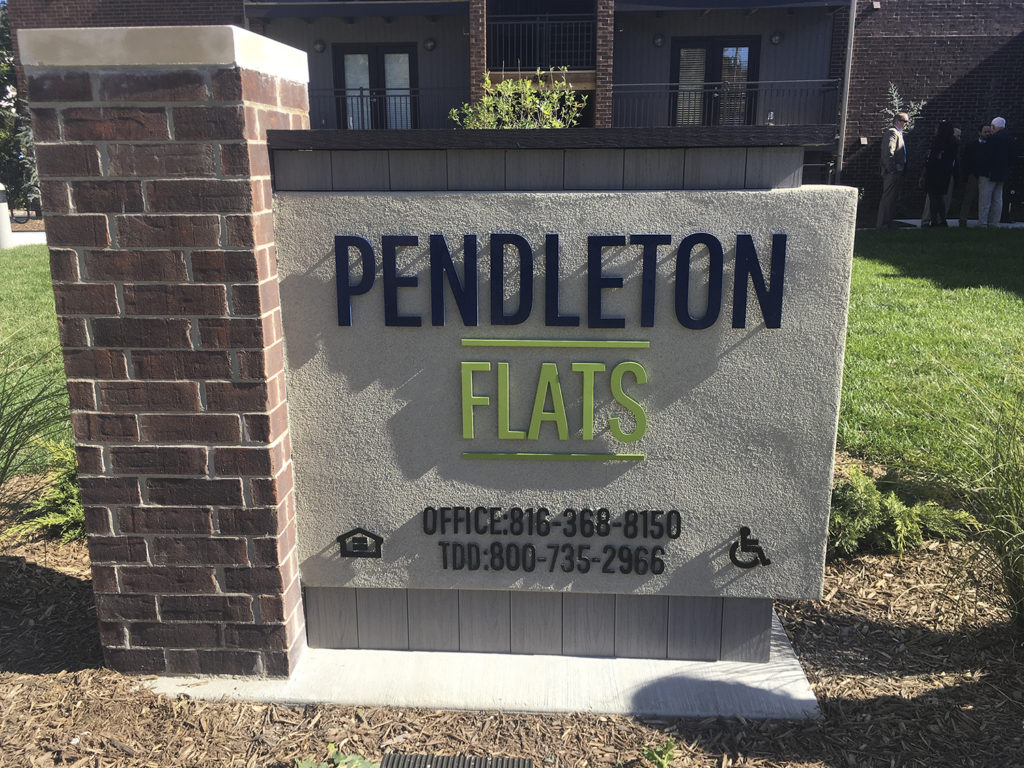