Remember This: mimeographs and Ditto machines 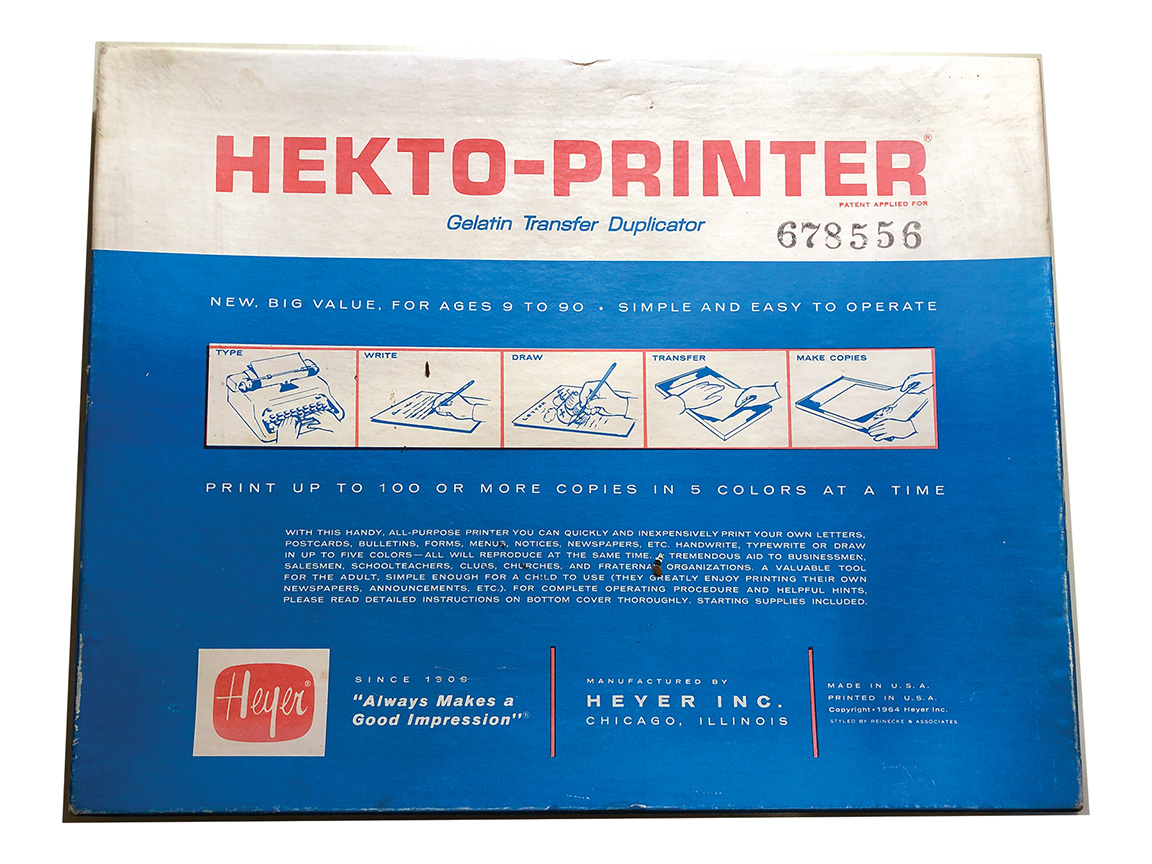 Making copies? Whether you need 2 or 200, the process has not always been as easy as pushing a button.

Prior to automated photocopiers, introduced by the Xerox Corporation in 1959, various methods were employed to produce inexpensive copies.

Because both machines produced copies by manually cranking the drum, the mimeograph and Ditto machine were often confused, but each used a different process.

Invented in 1884, the mimeograph required that a stencil be produced prior to making copies, either by using a typewriter (ribbon removed) or hand-drawn using a stylus.

The stencil was attached to the drum and black ink was pressed through the stencil onto paper as the drum rotated.

Wilheim Ritzerfeld invented the machine in 1923, and over the years, the copies it produced came to be known as “dittoes” due to the machine company’s label.

Spirit duplication involved creating a master copy, which had two sheets, one which was coated with a wax pigment.

The pigment was transferred from one page to the other by typing or drawing, creating the master.

Attached to the drum, the master pressed onto the paper, along with spirit, a 50/50 mixture of isopropanol and methanol.

The spirit gave the fresh copies a distinctive smell, and the copy often had purple ink, though other colors (red, blue, green and black) were also available.

Like the Ditto machine, the hectograph required a master to produce copies, which was transferred to a gelatin base which absorbed the ink.

Paper was pressed onto the gelatin base one sheet at a time, and required a drying time once removed.

Sold as a complete kit for home use, the Hekto-Printer was available in letter and legal sizes.