Back to School 2016: Q&A with new KCPS Superintendent 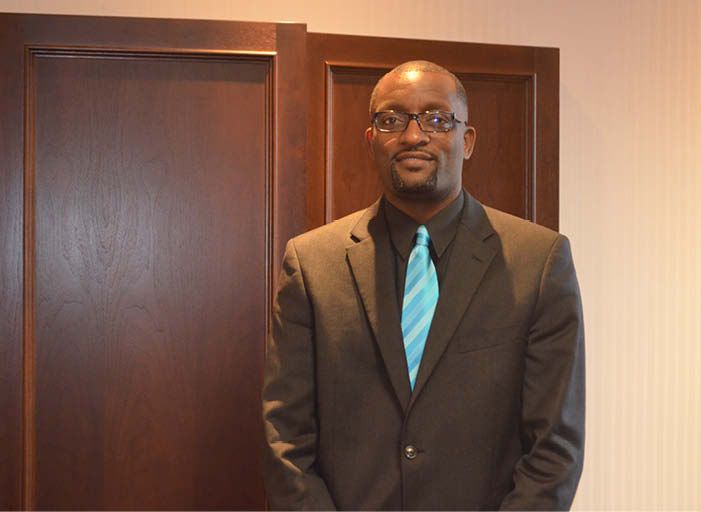 KANSAS CITY, Missouri – New Kansas City Public Schools Superintendent Dr. Mark Bedell may be new to the area, but he’s highly experienced in the field of education. Bedell sat down with theNortheast Newsshortly after taking over the KCPS district to discuss what comes next.

1. What was your first impression of KCPS? What was attractive to you about the superintendent’s opening here?

One, people told me that it’s a great place to raise a family. I understand that it’s an urban school system, and it’s had some struggles, really for quite a while; but I also, in doing my research, realized that the school system has been making steady progress.

I’ve worked in some monster-sized school systems: Houston ISD with 215,000, and then Baltimore County with 111,000. I’ve been fortunate, because I’ve been assigned to work with a lot of the struggling schools, whether it was as a teacher, as a principal, or as an assistant superintendent. We’ve been able to show growth and add value to students.

2. What is the hardest lesson you’ve learned from managing those large school districts?

The hardest lesson that I’ve learned is that you have to make sure you don’t lose perspective of what really happens in the trenches. Too often, leaders will move up into this position, and it’s a position that is prestigious. In many cases, it can go to the heads of people. Then you lose the very essence of why you got into this position in the first place, which is to be a champion for kids. I’ve learned that you have to maintain a high level of humility, but have the professional will to do right by the kids that you serve. I’ve seen people fall flat on their face because of arrogance. If you want people to follow you, then don’t forget what it was like when you were in their shoes.

3. During your introductory press conference, you discussed the importance of enrolling your own kids in KCPS schools. Which schools are your own children enrolled in, and why is that so important?

My two older kids are enrolled at Lincoln (College Preparatory Academy). My daughter went through an IB middle years program, and so for the continuation of that, Lincoln is the school that offers IB. It’s going to be a seamless continuation. My son is just a super kid, and he’s very excited about the potential of what he can do over at Lincoln. My daughter will be going to Border Star Montessori, which was one of the schools that I had an opportunity to visit during my third interview. I really enjoyed what I saw in there, and the freedom that kids have to learn. I just thought that the teacher being a facilitator, and allowing kids to have more ownership over learning, that’s how I believe my five-year-old will thrive.

We have so many of our kindergartners that are coming into this school system who don’t really understand letter-sound recognition, basic arithmetic, they don’t recognize shapes, and these are things that you will get during Pre-K3 and Pre-K4. Many of our families are below the poverty level with income, and so we wanted to make sure that they had an opportunity, if they wanted to enroll their kids, that they could do it tuition free.

5. I wanted to ask you about the charter school that KCPS is sponsoring this year, Kansas City Neighborhood Academy. Generally speaking, what’s your stance on charter schools?

I’ve said this to everyone: I’m a pro-choice individual. I’ve been dealing with charter schools ever since I became an administrator in Houston. Houston, Texas is huge on charter schools. Parents deserve to have their kids in a school where they’re going to be educated appropriately.

I believe that charters are important, because you want to give people choices. We all should have one vision, and that vision is to make Kansas City the finest city in this country from an educational standpoint. This opportunity we have with the Kansas City Neighborhood Academy is a great opportunity for us to show that we are willing to participate in this charter school movement. Let’s see how successful this is.

6. How do you expect to differ from former superintendent’s Dr. Stephen Green and Dr. Al Tunis, and what do you expect might be similar?

I’m a whole different individual. I have a different style, and my background is totally different. I was at the YMCA working out last night around 7:30 p.m., and I was playing basketball with some students that attend KCPS high schools. A kid crossed me over and almost messed up my knee, and I said, ‘Man, do you know who I am? I’m your new superintendent. You’re about to get suspended before school even starts.’ Those are things that I don’t know that a whole bunch of other superintendent’s have done; just getting out there and letting kids see the normal side of you, other than just the business side.

From my research, both (Green and Tunis) have had a strong focus on making sure that the budget is balanced, and that we’re really being responsible with how we spend our money. They’ve had a focus instructionally on the academic programming of the school system. I know that I will be able to continue that.

7. KCPS is currently provisionally accredited. What accountability measures can you implement to ensure that this district isn’t in that same position three years from now, five years from now, and beyond?

You have to look at what variables are plaguing our school system. When I go in and I start doing my data analysis, and I see that my kindergartners only have an 87% attendance rate, that’s a major problem. 87% is teaching a kid that it’s okay not to be present at school every day. Ultimately that trend continues, and by the time they hit the ninth grade, the attendance rate plummets below 80%. The habits have to change. We can do all of these beautiful instructional support programs, but if we can’t get them to come to school, then we’re just wasting resources.

The second piece is making sure that we are looking at our instructional delivery for kids. Are we giving our teachers the professional development that they need in order to be successful? When our kids are taking their formative assessments, are we looking at the data in a way that allows for us to personalize it? Do we put interventions in during the school day?

We’re rolling out a mentoring program, and over the next five years, I’d love to be able to see that we’re mentoring the bottom 50th percentile of our kids that need that kind of support the most. It’s those types of systems that we have to put in place, and then you have to make sure that you’re hiring human capital that truly understands what our kids are dealing with.

A local superintendent told me that what people want to see out of a superintendent is someone who is a man of his word. Don’t be afraid to tell people that you can’t deliver on something. The worst thing that will happen is they’ll leave and they’ll say they don’t like the answer, but at least they got the answer. Stand up and face the giants; people here will respect you for that.

9. Last year, the Department of Elementary and Secondary Education (DESE) partially switched to an electronic standardized testing system, which it could be argued, had a negative effect on some school districts in the area. Do you have faith in DESE’s ability to serve all statewide district’s equally?

I don’t really have an answer there, because I haven’t even had my first meeting with DESE yet. But I can answer that first part, which is that the effect was lower scores across the country with students moving over to the electronic standardized testing. I know why: if all of your kids don’t have access to a computer where they can practice and familiarize themselves with the questions and the activities that are required when it’s time to take a standardized test, then their performance will suffer. I know I saw that in my school system. The data came out that the students who took the written test outperformed the kids who did the electronic standardized testing.

10. What’s been your favorite non-district related memory here in the early going?