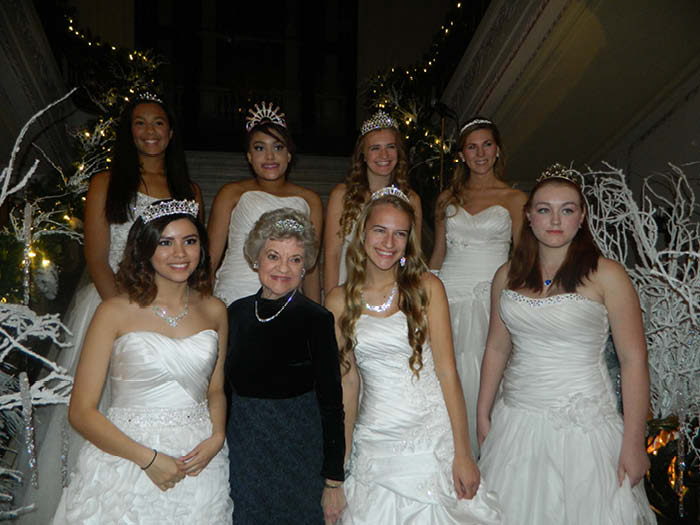 Thursday evening the Kansas City Museum hosted its annual holiday open house and as in years past, it did not disappoint. This years festivities kicked off with an operatic Soprano solo by a member of the Lyric Opera of Kansas City as she decended the grand staircase of Corinthian Hall. Next, this years’ Fairy Princesses made their debut to the general public led by the Museum’s oldest living Fairy Princess and a former Miss Prairie Village 1956, Miss Carol Jean Barta. The evening culminated with the lighting of the Museum. Many of the over one-hundred attendees expressed their excitement about the museum’s new renaissance under the city’s Parks and Recreation Department. “We’re extremely fortunate to have the museum engaging at the community level” said Leslie Caplan, President of the Scarritt Renaissance neighborhood.

The Fairy Princess will reign over the Museum on weekends through December 20th. Check the museum’s web site at www.kansascitymuseum.org for more details.