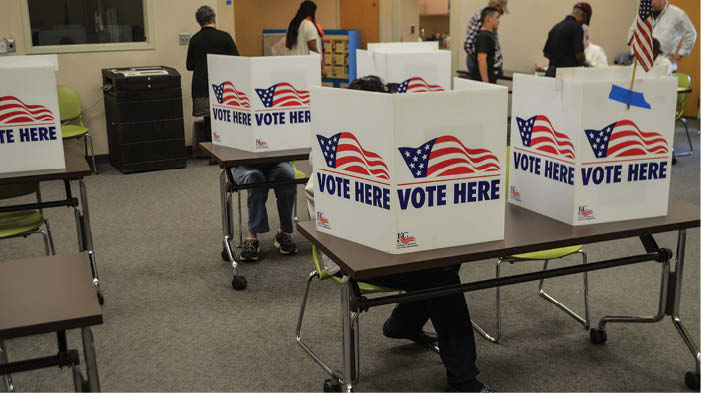 KANSAS CITY, Missouri — If you voted in last Tuesday’s Primary Election, there was a decent chance you had to wait in line. Something most people didn’t expect to happen.

Residents took to social media to complain about faulty machines and long lines during Missouri’s March 15 Primary Election. With technology glitches, residents said they were waiting at some polling places up to 45 minutes.

In Jackson County, it wasn’t until nearly midnight of Wednesday, March 16, that all 186 precincts were able to report results with 100 percent accounted for. On the Democratic side, Bernie Sanders received just over 50 percent of the vote compared to Hilary Clinton’s 48 percent. For Republicans, Ted Cruz edged pasted Donald Trump, 41 to 38 percent, respectively. In total, over 97,000 votes were cast in Jackson County.

Statewide, races are much tighter. With 100 percent of precincts reporting, Trump and Clinton just barely edged passed Cruz and Sanders, respectively. Missouri’s primary set a new record for voter turnout with nearly 1.6 million Missourians casting their vote in the presidential primary. Statewide, the final numbers for the Democrats were: Hillary Clinton with 310,602 and Bernie Sanders: 309,071 votes. For the Republicans Donald Trump totaled 382,093 votes compared to Ted Cruz’s 380,367.

Shawn Kieffer, director of the Kansas City Election Board, said it was those record numbers that bogged down the area’s polling places, causing lines to move slowly.

“It was steady all day but there was a big turn out at night,” Kieffer said.

Another possible issue was the Election Board’s use of e-books to check-in voters. Last week’s primary election was the first time the board used e-books with a new upgrade, something Kieffer thinks may have overloaded the system. The upgrade connected all of the books to the election board office so officials could monitor how many voters were showing up. Regardless of what the problem may have been, he said they’re doing their best to find a solution.

“We’re looking into what can be done to speed up the process for future elections, especially the November Presidential election,” Kieffer said.