SURGE moves to the Colonnade 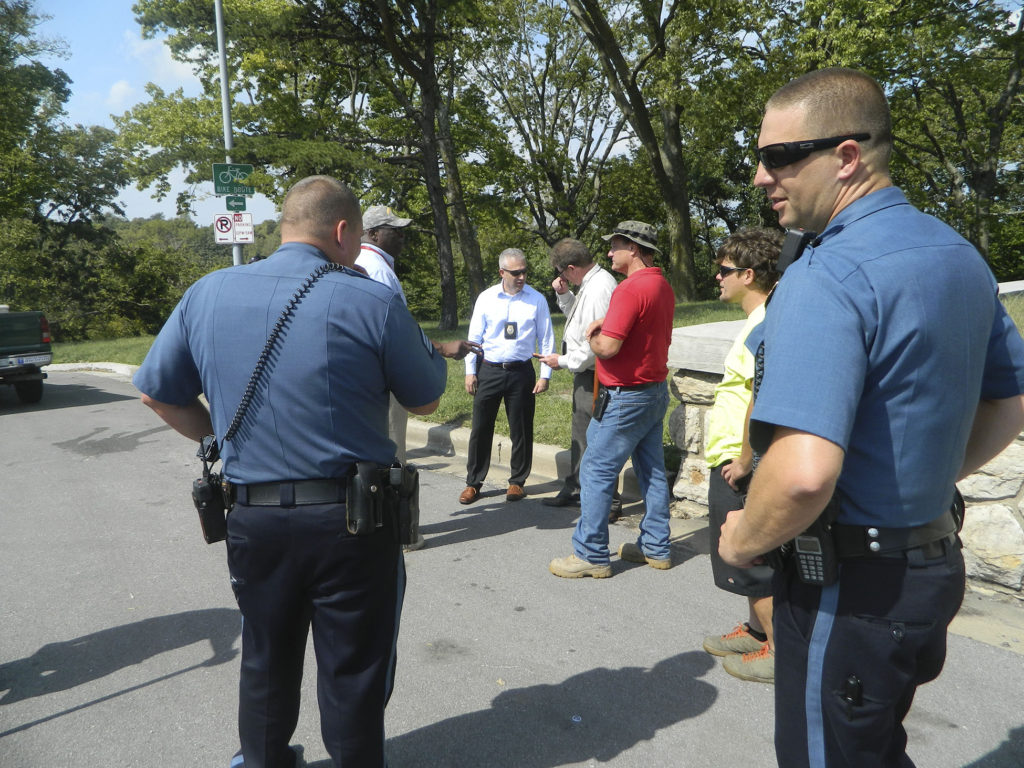 KANSAS CITY, Missouri – As part of this week’s SURGE (Strategic Uniform Response Group Effort) operation in the Historic Northeast, KCPD officers in partnership with the City Manager’s office and the Parks and Recreation Department met at the Colonnade this afternoon to eradicate a number of homeless camps that have sprung up in recent weeks.

According to officers, at least three camps were located but no “residents” were found there. Assistant City Manager Mike Shoemaker indicated that he would arrange a small backhoe and some crews to come in tomorrow and clear invasive overgrowth and pick up any litter left by the encampments.

“This is a little outside of the SURGE area,” noted East Patrol Major Joe McHale, “but this definitely negatively impacts the quality of life for the people living along the routes these people take to the Avenue.”

This afternoon and tomorrow, city trash crews will tackle a list of problem addresses within the SURGE area of operations that have been sullied by large trash piles.The SURGE operation officially wraps up today at midnight. In an email sent to community stakeholders, McHale said that as of Wednesday morning, the SURGE operation had led to 60 warrant arrests, three handguns being removed from the streets, and 18 prostitution-related arrests and interventions.

The Northeast News will have a complete wrap up with all the pertinent numbers later this week.