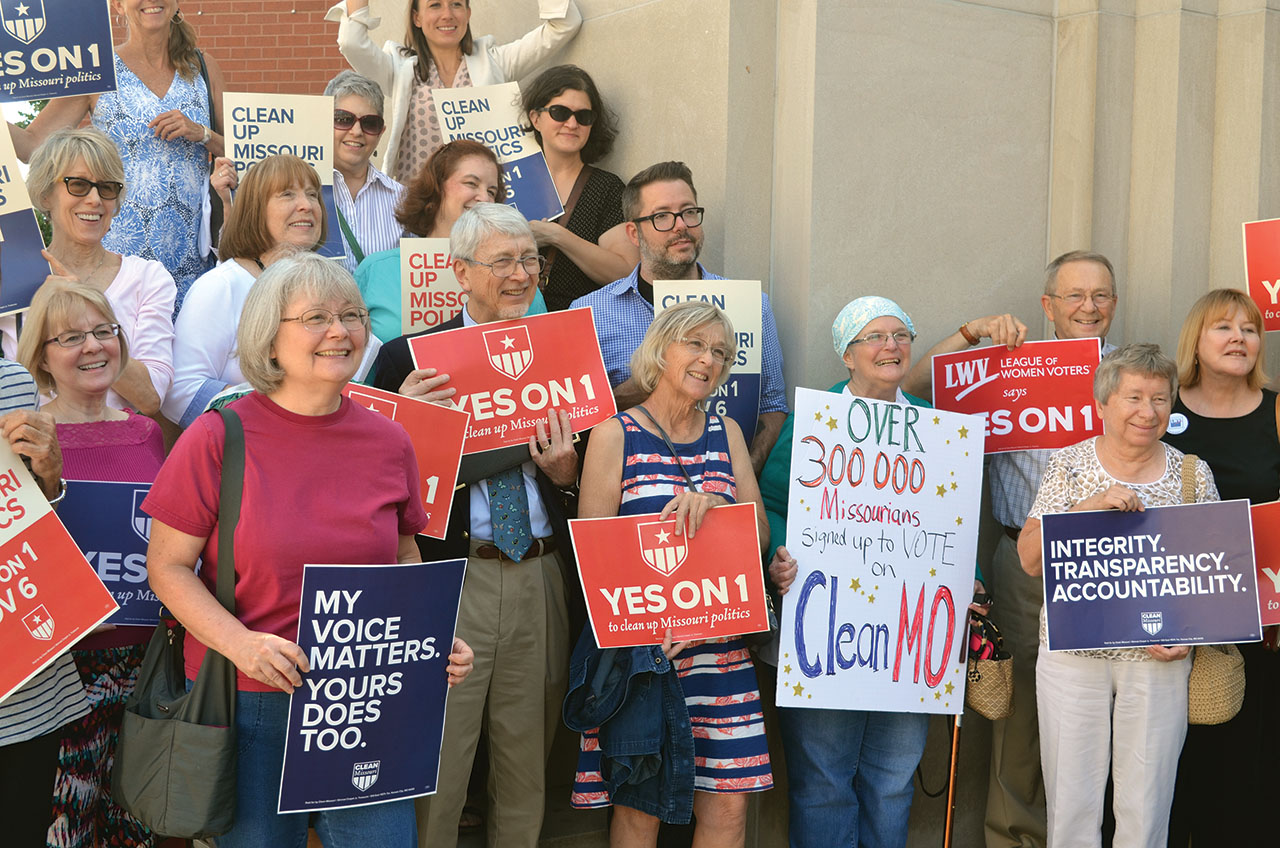 The Clean Missouri ethics reform ballot initiative earned a courtroom victory last week when a three-judge panel of the Western District of Missouri Court of Appeals ruled that the measure should remain on the November 6 election ballot.

The decision followed weeks of speculation about the legislation, along with a short-lived Cole County judge’s ruling that the initiative needed to be removed from the ballot. The Kansas City Star’s Allison Kite reported on September 14 that Judge Daniel Green ruled that the “proposed amendment violated a provision in the Missouri Constitution that limits the scope of initiative petitions.” At issue, according to Green, was that the initiative petition would alter more than one article of the Missouri constitution, while tackling more than one subject.

“This is well within the bounds of single-subject guidelines,” said Clean Missouri campaign director Sean Soendker Nicholson. “The single subject is the State Legislature.”

“The Secretary of State correctly declared that the Initiative Petition was sufficient, and correctly directed that the Petition appear on the November 2018 general election ballot,” wrote Ahuja. “The judgment of the circuit court is reversed.”

The initiative petition, dubbed Amendment One, garnered roughly 340,000 signatures from Missouri voters throughout the state.

Amendment One aims to dull the effectiveness of donor and lobbying spending in Missouri politics through five major reforms: 1) banning all gifts worth more than five dollars; 2) instituting a two-year moratorium on lobbying for politicians following their final legislative session; 3) lowering campaign contribution limits to $2,500 for Senate candidates and $2,000 for House candidates, while also closing contribution loopholes; 4) requiring legislative records to be held to the same Sunshine Law transparency rules as other public entities; and 5) directing the state to hire a nonpartisan expert to draw fair legislative district maps after the next census.

The three-judge panel had issued a stay on September 18, allowing the initiative to remain on the ballot. A follow-up special hearing on Thursday, September 20 – the day before military ballots were set to be shipped out – provided both sides with the opportunity to make their case before the appeals court.

A decision was made by September 21, as presiding Judge Ahuja was well aware of the timely nature of the case. He acknowledged both the military ballot deadline on September 21 and a September 25 deadline for sending out absentee ballots.

Clean Missouri left the special hearing optimistic that the voter-backed initiative would remain on the ballot.

“I think the judge was doing his due diligence, but the law is very clear. One subject and one article of the constitution: the legislature and Article 3,” said Benjamin Singer, communications director for Amendment One. “Based on past precedent, that seems to be controlling.”

Nicholson added that the will of the people should be considered. According to him, many Missourians are fed up with the status quo.

The ballot initiative has become a hot-button political issue, with Democrats largely in favor of the legislation’s passage and Republicans generally standing in opposition.

Some legislators spoke to the Northeast News about the ongoing debate surrounding Amendment One and Clean Missouri.

Ahuja followed up by querying if redistricting changes would be permissible, in Graves’ opinion, if it appeared alone on the ballot, without the other provisions.
“If it was done alone, it would,” Graves replied.

Ultimately, the three-judge panel agreed with Clean Missouri, allowing the initiative to remain on the ballot.

On Monday, September 24, the Missouri Supreme Court officially declined to reconsider the decision of the appeals court. As such, Amendment One will remain on the November ballot.