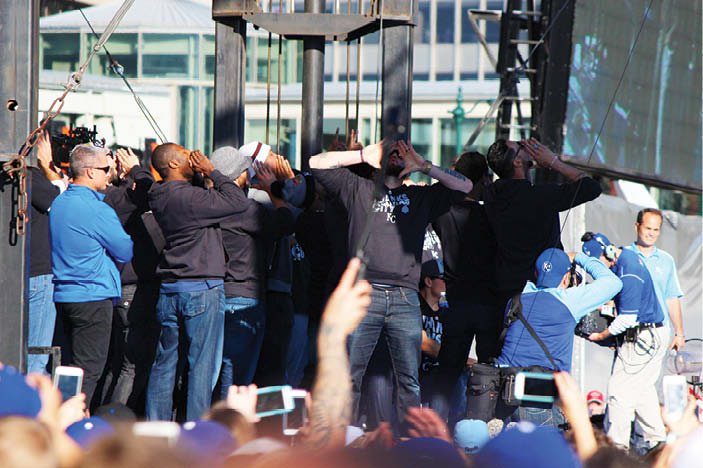 Story by Joe Jarosz
Photos by Kirstie Mulligan
Northeast News
November 11, 2015
The event, which is estimated to be the largest celebration event in Kansas City history, brought approximately 500,000 fans to Kansas City’s downtown. The KCPD reported only three arrests at the parade and rally at Union Station. Roughly 400 officers were assigned to patrol the parade and the celebration, including help from federal law enforcement, Jackson County sheriff’s deputies and troopers with the Missouri Highway Patrol. City officials thanked the many sponsors and supporters who contributed $300,000 to the approximate $350,000 total cost of the city-wide celebration.