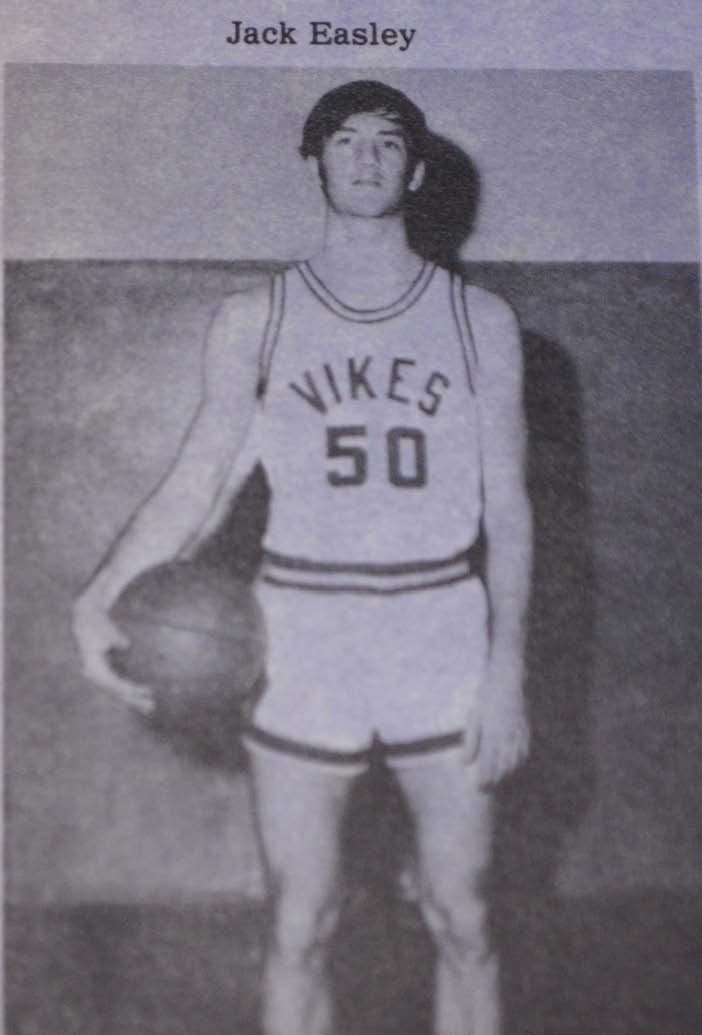 KANSAS CITY, Missouri – Former Northeast High School basketball star Jack Easley is one of six members set to be inducted in the 2016 class of the Missouri Valley College Athletic Hall of Fame on Oct. 1.

A 6’2” swingman, Easley was a 1972 All-City performer as a senior at Northeast. He went on to State Fair Community College after graduation, before ultimately making it out to Missouri Valley to finish his college playing career from 1974-1977. After college, Easley transitioned into a successful coaching career. He spent time at the high school level before beginning a decorated college coaching career that included stops at top women’s programs like Oklahoma State, Iowa State and Providence.

Easley currently serves as a director of player development for the women’s athletic program at Oklahoma State, but he took time from his schedule last week to discuss his induction into the Missouri Valley Hall of Fame.

“I think when we were growing up, in that day and age, our heroes were coaches, army people, policemen, and teachers,” remembers Easley. “We were fortunate enough to grow up in athletics, and we had some great coaches. I just enjoyed athletics so much that I just felt like that was the way for me to go.”

For Easley, the lifelong love of basketball began on a concrete court in the back of his family’s Historic Northeast home. Jack’s older brother of three years, former KCPD Chief of Police Rick Easley, remembers the spirited games that the two played on the family court.

“My dad built a slab for us and put a goal back there. We about wore that out,” recalls Rick. “We played all the time, and I can remember us talking about playing NBA rules, which for us meant that just about anything goes.”

“We used to go back and forth,” added Jack. “You hear these stories all the time, but in the wintertime, if it snowed, we’d clear the snow off of the slab and play.”

Jack also ran track in high school, but he realized relatively early on that basketball would become his primary sport. In those early years, Jack helped ensure that his career would take off by simply out-working all of his classmates on the basketball floor. Former track and field coach Richard Haskell remembers Jack as an athlete who worked his way into unlocking his considerable talent.

“He was one of those athletes that came early and stayed late. He’s one of those gym rats, and he was just a good kid, a good student, and a good athlete,” said Haskell. “He played with controlled aggression. He was aggressive, but he was an athlete that could control it, and use it to benefit him.”

“I got to where I could shoot the ball pretty well. I was known as a good passer and a good defender. I could jump for someone my size,” Jack said. “I could not handle the basketball very well; it was really a struggle for me at times.”

When he moved on to the college level, Easley realized that he would have to work even harder to compete.

“I probably wasn’t as good as I thought I was,” he said. “All of the sudden when I went to college, there were a lot of guys that were as good as I was, if not better. It was a humbling experience.”

Easley put in the effort, and went on to earn considerable playing time at both State Fair and Missouri Valley. Upon graduation, Easley went into teaching. He found an opportunity to stay close to the game of basketball when he was offered a coaching position just out of college at Slater High School.

“Slater High School is about 12 miles away from Marshall. I wanted to stay somewhere as close as possible,” Easley remembers. “I did my student teaching there, and they had an opportunity for me to coach.”

For a time, Easley struggled to find himself as a young coach. He took to emulating the game’s coaching legends, including famed disciplinarian Bobby Knight. The aggressive coaching style didn’t particularly suit Easley.

“I thought I was Bobby Knight in practice,” said Easley. “Of course my kids at the time probably thought, ‘That guy’s out of his mind.'”

Over time, Easley found success his own way. He relies on trust; using honesty and the development of clear goals to relate to his players. He also found success when he began coaching women, whom he says have been generally more coachable in his experience.

“Girls are different than guys. All the guys think they’re going to go play in the NBA,” says Easley. “The girls don’t feel that way, and I always felt that they were really wanting to learn.”

Easley earned his big break in 1983, when he was offered an assistant coaching position with the girls basketball program at Oklahoma State. He quickly found strong competition and a sense of community at the Stillwater, Oklahoma campus. Easley’s teams would go on to earn multiple NCAA Tournament appearances during his 19 years as an assistant for Oklahoma State.

“We got down here and got settled in the community, and of course had a lot of success on the basketball floor. Our staff really elevated women’s basketball here, and got them onto the national level,” said Easley. “We had a lot of great teams in our conference. We knew that if we didn’t work hard, we weren’t going to be around for too long.”

In total, Easley has enjoyed a 39-year coaching career that he says, in his own humble way, likely has a lot to do with Missouri Valley’s decision to induct him into its Hall of Fame.

“It was a surprise for me, because I had never, ever thought about the Hall of Fame. I kind of tried to visualize how I fit in with that group,’ said Easley. “I had some bright moments, but I would say that it’s a safe bet to say that the reason I’m being inducted is because of my coaching career.”

Haskell, a former Missouri Valley graduate (and Hall of Fame member) himself, is proud to have coached an individual of Easley’s all-around caliber.

“From the time he entered Northeast, you knew there was something special about him, and you knew he would go far if he put enough effort into it.” said Haskell. “He did, and he’s one of my all-time favorite student-athletes at Northeast.”