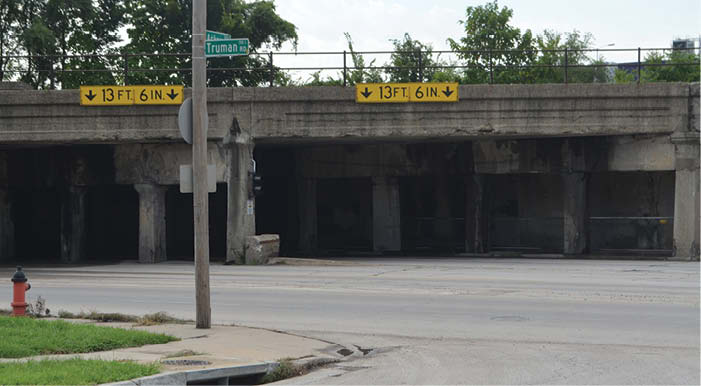 Flooding. This underpass, located near the intersection of Truman and Askew, failed to drain as water rose nearly six feet high on Friday, August 26. Paul Thompson

KANSAS CITY, Missouri – Water cascaded down Truman Road like a river on the night of Friday, August 26, rising to a dangerous high-water mark under an oft-flooded bridge near the intersection of Truman and Askew.

As driver after driver found themselves trapped in the high water near the underpass, three Northeast teens risked their own well-being to save the imperiled motorists.

Brothers Matt and Michael Rich, 19 years old and 16 years old respectively, were with 13-year-old friend J.J. Tijerina that evening at their mother’s house, which is located just a few houses up from the flooded intersection. Michael and J.J. were planning on doing maintenance on their skateboards, so Michael asked his mom for her car keys to retrieve his board. When he got outside, he could see a driver struggling in the rising water. 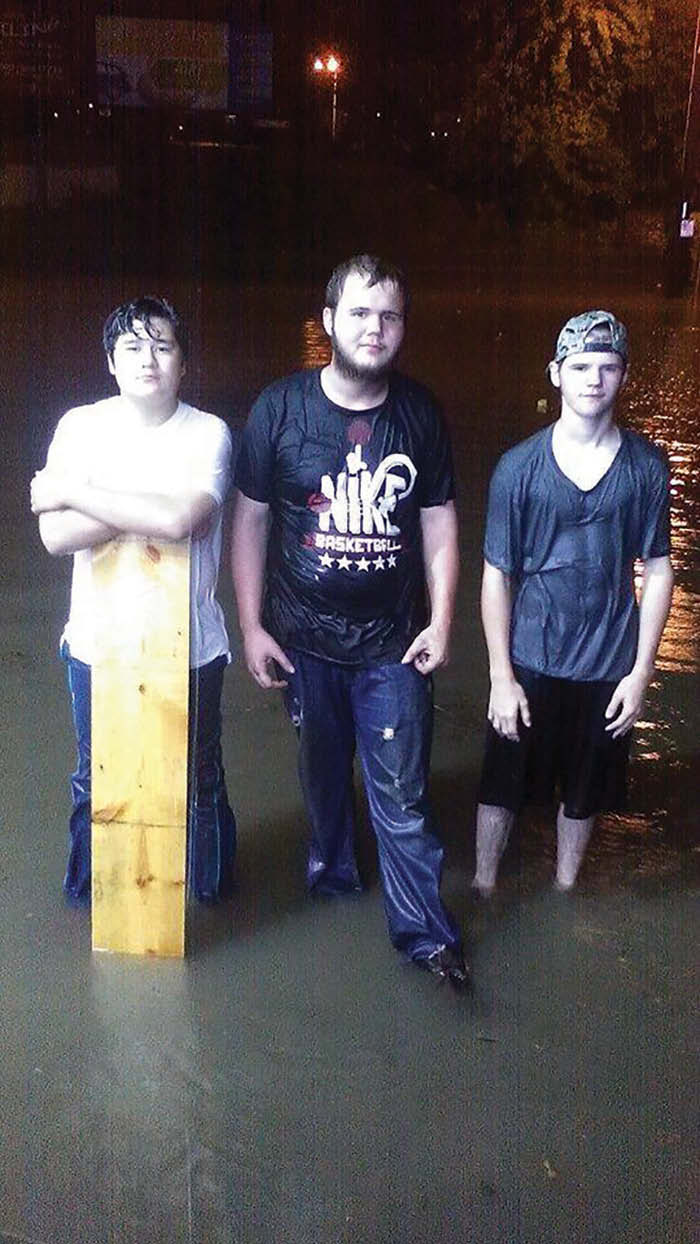 Heroes.The young heroes who went into the flood waters to save those trapped. Jeanette Herron

The boys’ mother, Jeanette Herron, said that they didn’t hesitate to rush to the aid of the motorist. Matt even jumped into the flowing water while wearing brand new shoes. Over the next two hours, the teens would wade through water up to their chins to pull trapped passengers from vehicles, push cars through high water, and generally ensure the safety of every person who approached the bridge.

“They didn’t think about themselves at all. They just jumped in and never looked back,” said Herron. “I can sleep easily knowing that I must have done something right, because they all grew up to be fine gentlemen.”

Nineteen-year-old Matt Rich described some of the more tension-filled moments of the impromptu rescue operation. At one point, Rich approached a man in a red Dodge Charger. The water had shorted out the window mechanism, and it was rising rapidly around the car. The man had a baseball bat, and he busted the window out. Matt reached in and pulled the man out of the vehicle.

“He went under pretty good,” Matt recalled. “I could just barely see the top of his hat.”

Later, Matt remembers seeing Michael and J.J. approach a white Suburban that had stalled out near the bridge. Seeing a woman inside, the pair quickly found a way into the car to shepherd her to safety.

“By the time I got over there, Michael and J.J. already had the back door of the Suburban open,” said Matt. “The lady was falling in and out of consciousness.”

In another instance, Matt was forced to think on his feet as an individual was stuck in a red SUV. Seeing that the windows of the vehicle were cracked slightly as water rose around it, Matt wedged his fingers into the narrow gap and started pulling. He was eventually able to snap back the window and pull the driver of the car away from danger.

“He held onto Matthew’s shoulders, and Matthew pulled him out of the window,” said Herron.

Matt noted afterwards that the stuck drivers were very appreciative of the selfless way that he, J.J., and Michael lent a helping hand.

“They said, ‘Thank you, I really appreciate it, you guys are my angels,'” Matt said.

For Matt, this isn’t his first brush with heroism. He’s been keeping tabs on that intersection for years. Usually, the biggest issues in and around the bridge are car wrecks – and yes, Matt has stepped in to pull motorists out of wrecked vehicles before. In other words, when he rushed towards the flowing water to save the stranded motorists, Matt was simply being himself.

“I like to help people; it’s just how I was raised,” he said. “It makes me feel good to know that they will be able to take another breath the next morning because I helped them.”

Matt added that he’ll remain vigilant when it comes to keeping an eye on the intersection.

“We’ll just stay prepared in case something else does happen there,” he said.

After the act of heroism and the ensuing media attention, Jeannette made sure to remind her boys to maintain their humility. So far, so good.

“They’re just regular Northeast kids,” said Herron. “I am so proud of all of them. It feels good as a parent to know that I must have done something right in bringing them up.” 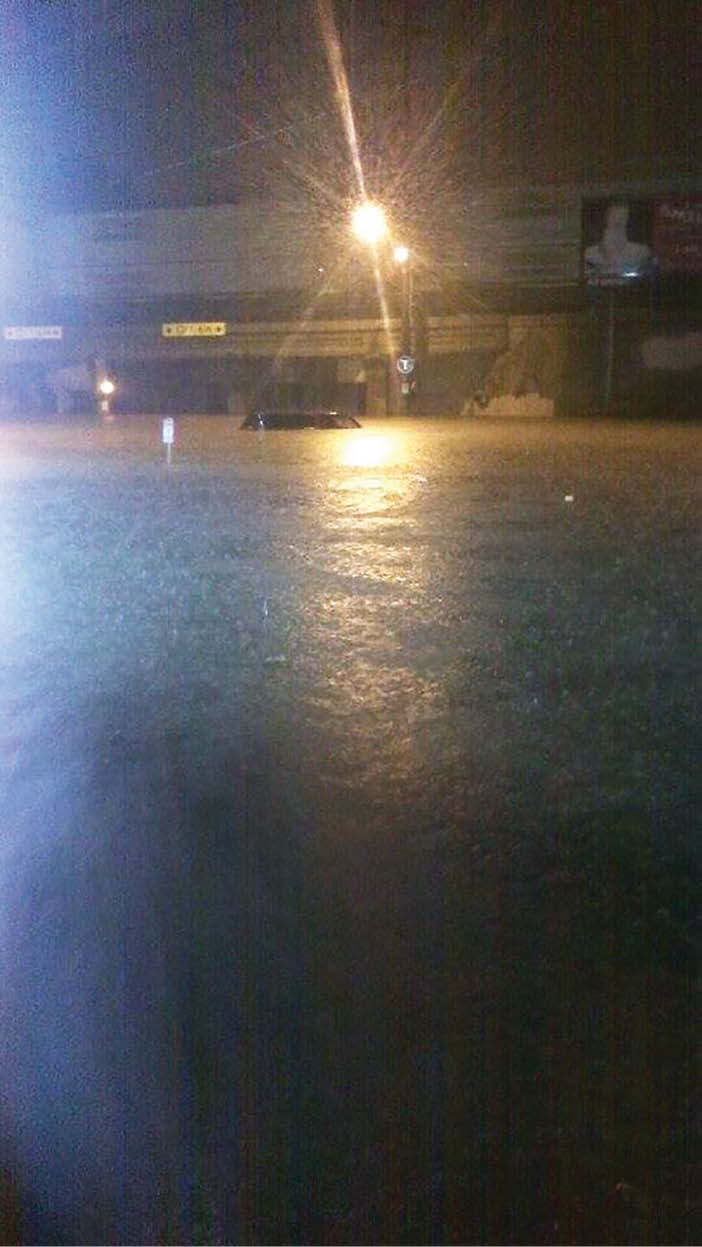