NE area kids learn about the dangers of smoking 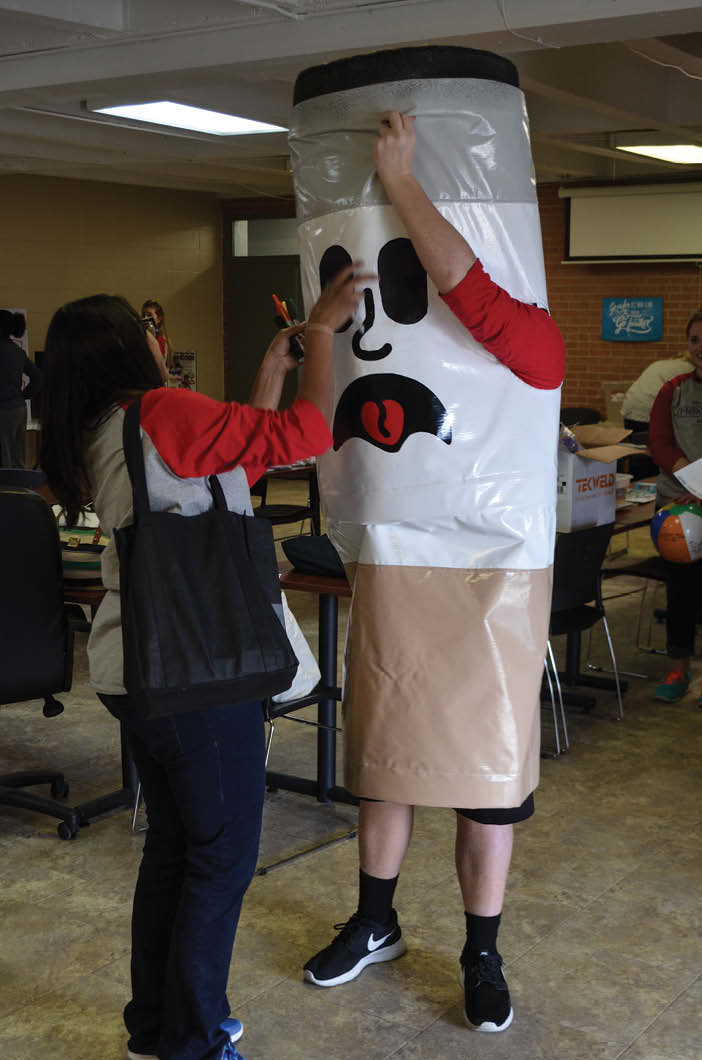 Say no to smoking. Reshana Peterson, left, helps a volunteer get into character. Joe Jarosz

KANSAS CITY, Missouri — Kids in Kansas City joined others across the country last Wednesday as they stood up and said no to a tobacco lifestyle.

More than 1,000 events were planned across the United States for the annual Kick Butts Day, a day of youth activities, sponsored by the Campaign for Tobacco-Free Kids. On Kick Butts Day, kids join in creative events that range from classroom activities about the harmful ingredients in cigarettes to rallies at state capitols. In Kansas City, at the Police Athletic League Center, 1801 White Ave., the organization Youth With Vision hosted a kickball tournament for area youth.

Prior to the tournament, teen leaders led a series of educational workshops that demonstrated the dangers of tobacco products. The organization taught local kids about the facts of smoking versus myths they might hear from adults and how the price of a pack of cigarettes is more expensive than other items they use on a daily basis. Madelyn Judah, special events chair with Youth With Vision, said it’s important to make things interactive and provide this alternative for kids because a lot of them live in homes where an adult smokes.

“We make our stations interactive to help kids learn because they won’t get as extensive information in school about smoking,” Judah said.

• Splashy ads in magazines with large youth readership, such as Sports Illustrated, Glamour and Rolling Stone.

• Widespread advertising and price discounts in stores, which make tobacco products appealing and affordable to kids.

• Sweet-flavored tobacco products such as electronic cigarettes and small cigars that come in flavors like gummy bear, cotton candy, watermelon and fruit punch. While youth cigarette smoking has fallen to record lows, the most recent government survey shows that e-cigarette use among high school students tripled from 2013 to 2014 (from 4.5 percent to 13.4 percent).

In Missouri, tobacco use claims 11,000 lives and costs $3.03 billion in health care bills each year. Currently, 14.9 percent of Missouri’s high school students smoke. Other events and activities across Missouri included: Tobacco Free Missouri Youth Leadership Council hosted a rally in Jefferson City to take a stand against tobacco in Missouri and youth from Southwestern Missouri towns held a cigarette butt cleanup in Crane, Mo., to remove the cigarette butts that are piling up in town.