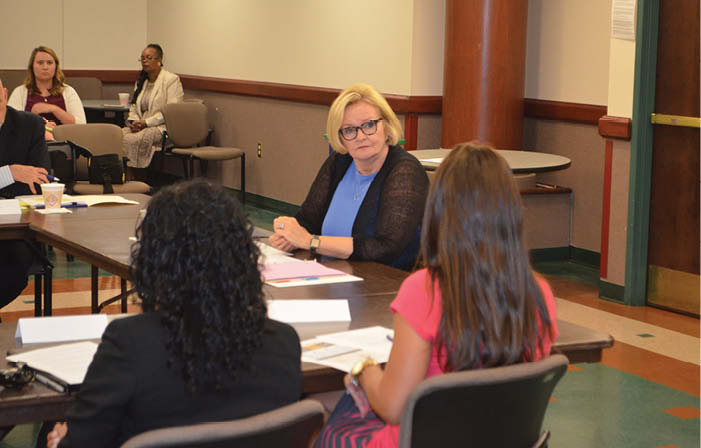 KANSAS CITY, Missouri – The state of Missouri has become the #1 state in the Midwest for opiate prescriptions, according to U.S. Senator Claire McCaskill, but bipartisan legislation signed into law last week aims to tackle the nation’s opioid epidemic.

McCaskill stopped by the Kansas City Health Department on Thursday, July 21 to discuss the Comprehensive Addiction and Recovery Act, which is designed to combat growing concerns about opioid abuse throughout the country. According to the Missouri Department of Health and Senior Services, those addicted to prescription drugs are 40 times more likely to get addicted to heroin.

Although Congress didn’t attach a specific dollar amount to fund the programming, McCaskill relayed optimism that legislators will be able to do so before the year is out. She was able, however, to add an amendment to the legislation that allows counties and cities to utilize federal funds to set up prescription drug monitoring programs, even if no such programs have been authorized at the state level, as is the case in Missouri.

McCaskill made herself available for questions before hosting a roundtable discussion with area experts. She noted that she didn’t have to look very far to see why Missouri has emerged as breeding ground for opiate addiction: it all boils down to prescription drug monitoring systems, or lack thereof.

“We are the only state in America that has not enacted a prescription drug monitoring system,” said McCaskill. “Put simply, this is not anybody monitoring your private health records; this is simply allowing doctors to access electronic records so they can determine if someone is prescription shopping.”

President Barack Obama had asked for $920 million in funding to be included as part of the legislation. Legislators couldn’t ultimately agree on a dollar figure, but McCaskill did note that the $920 million would have equated to roughly $17 million to help Missouri counties and cities set up drug monitoring programs, provide treatment, and set up addiction prevention efforts. To explain the need for these funds, McCaskill discussed a recent conversation with a hospital administrator about heroin overdoses during the extended 4th of July weekend.

“Over the 4th of July, at the hospital he administers, there were three people that came to emergency room for accidents with fireworks, and there were 23 heroin overdoses,” she said. “Everyone needs to understand; this isn’t just Missouri’s problem. This is Iowa’s problem, Kansas’s problem, Illinois’s problem – because people from those states know they can come to Missouri and prescription shop for opioids, and they’re not going to get caught.”

During the discussion, Peterson told the panel that opiate-related deaths have increased by 23% over the past five years. She added that Kansas City residents are almost as likely to die from opiate overdoses as from homicides.

“Homicides account for only 3% more of our deaths than opiates,” she said.

Dr. Sudeep Ross acknowledged that doctors are part of the growing problem with opioid addiction. Because physician employment and salaries are tied to patient satisfaction scores, doctors feel pressure to write opioid prescriptions with more regularity than they might otherwise be comfortable. Because Missouri currently has no prescription drug monitoring system, doctors like Ross have no way of knowing how often their patients are requesting prescriptions for opiate-based medications.

“If I could only ping something to make sure that I’m not the third doctor you’ve come to this week,” said Ross.

McCaskill noted that the Missouri legislature has attempted to pass prescription drug monitoring programs in each of the last eight years. The new law at the federal level signals an acknowledgment of the problem, and could provide even more relief if legislators can agree to appropriate funds to fight opioid addiction. Missouri’s own Senator Roy Blunt is in line to play a big role in that appropriation process as the Chairman of the Appropriations Subcommittee on Labor, Health and Human Services, and Education.

“Senator Blunt is in an incredibly important position, because he is the chairman of the subcommittee of appropriations that would appropriate this money,” said McCaskill. “He is in a position to either make this happen, or to stop this from happening.” 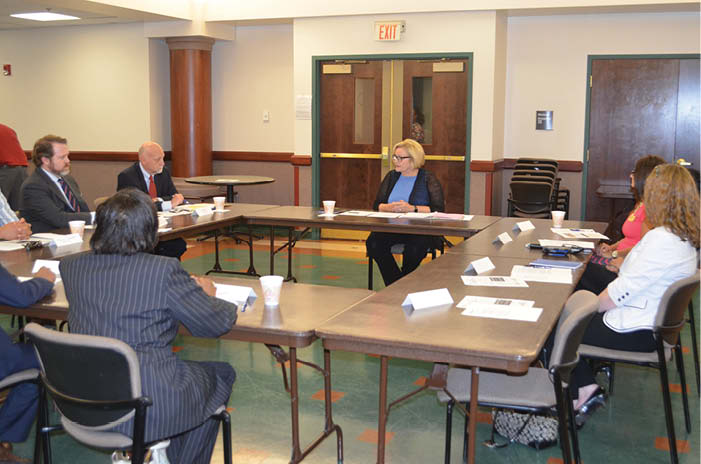 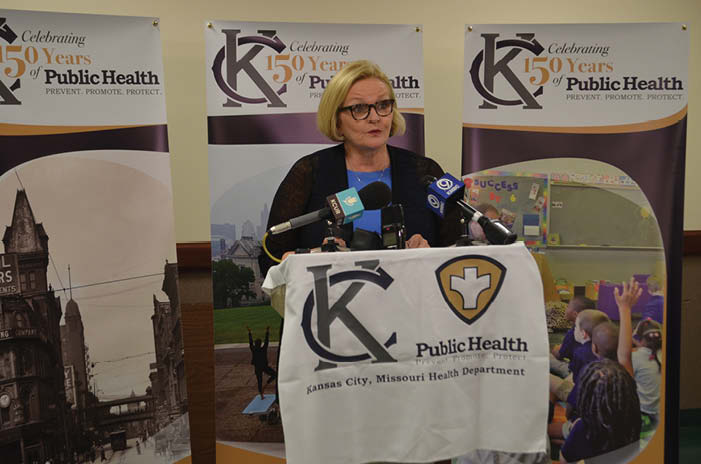 Addiction. U.S. Senator Claire McCaskill speaks to the media about the comprehensive Addiction and Recovery Act, which was signed into law last week. Paul Thompson