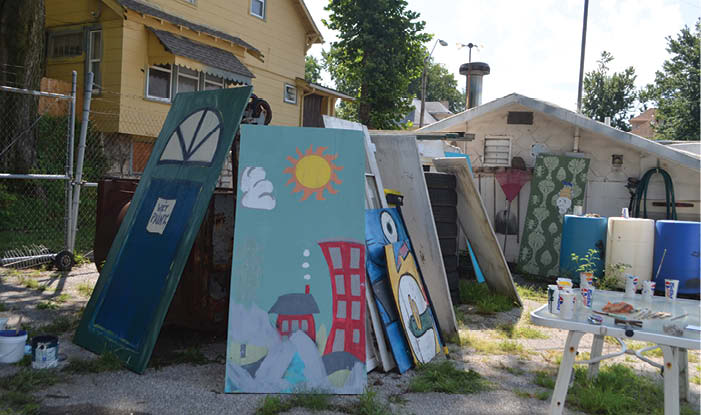 KANSAS CITY, Missouri – When local artists created a series of “window dressing” art panels in 2011, no one would have imagined their work would suddenly go missing.

That was the case in April, when the well-known community art project, decorating an abandoned apartment building at 3412 Independence Avenue, was prepared for demolition. Once crews removed the boards they suddenly went missing, whisked away to a location unknown.

But Northeast Arts KC Director Rebecca Koop was on the case – and eventually located the art boards, which had ended up in storage in Lake Quivira, Kansas. A retrieval crew was quickly put together to make the journey and bring the boards “back home.” They also found that the boards, stacked outdoors in the elements, would need to be cleaned and touched up before they could be installed in a new location.

Seeing the work ahead, Koop realized the best – and most fun – way to get the boards back into service was to have a celebration. So a “Welcome Home Painting Party” took place at Koop’s studio on Saturday, August 27th. The get-together was an opportunity for the original artists to have a reunion of sorts, not just with the other artists but also with their original works of art. A few new faces joined the group, including Raytown resident Marti Kreigbaum, who was willing to paint her hands bright blue to touch up hand prints on the panel she was re-painting. She’s an avid supporter of Northeast Arts KC programs and events, and volunteers as the group’s accountant.

“I love Northeast Arts and what Rebecca Koop does for the community,” Kreigbaum remarked between brushstrokes. “It’s a beautiful day and fun to meet others involved in the arts.”

Several panels were readied for display during the August 27 event, but there’s still more to do.

“The panels are gallery art, individual pieces created as a gift to the community. Our next project is to find new homes, public spaces, because they belong to the community,” stated Koop. 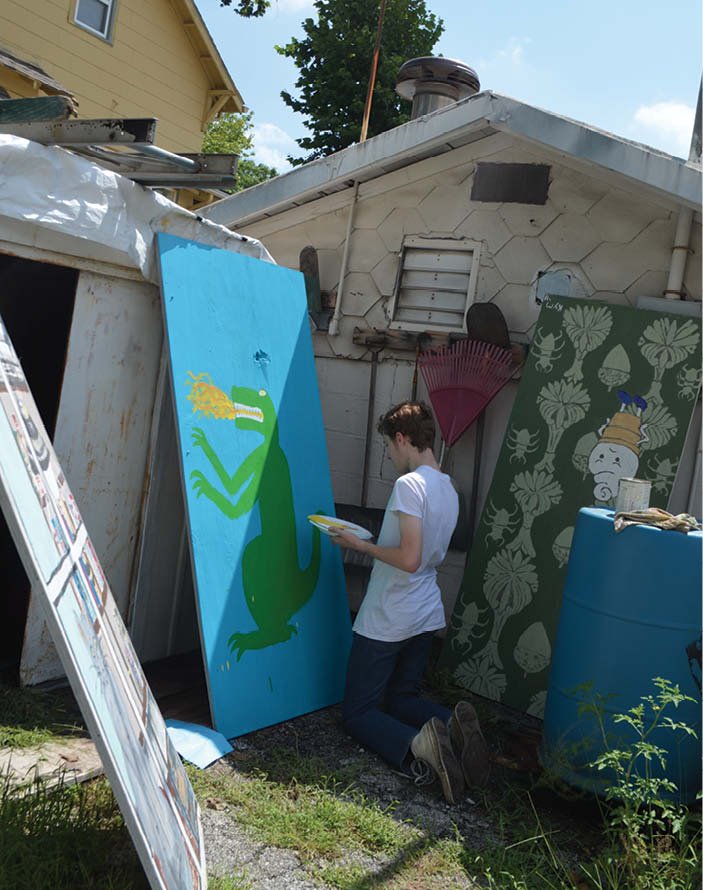