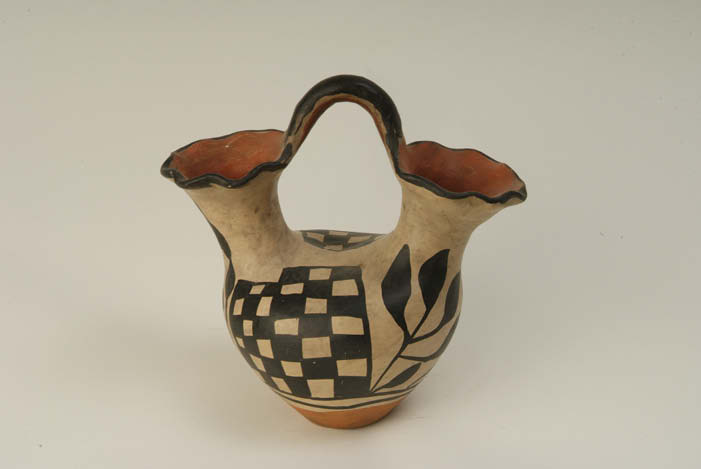 Pottery. Known as a wedding vase from Santo Domingo pueblo is dated around 1920. This pueblo was located in New Mexico. Submitted Photo

KANSAS CITY, Missouri — One of the things the Kansas City Museum is known for is their Native American collections.

And to those unfamiliar, its not just a collection of Native American artifacts from the Kansas City area, but collected from around North America. The KCM acquired the collection back in the 1940s when it was known as the Museum of History and Science.

In 2010, the Kansas City Museum created “Pueblo to Pueblo: The Legacy of Southwest Indian Pottery,” a traveling exhibition curated by museum professional and scholar Bill Mercer. Pueblo to Pueblo has traveled to nine venues in the United States over the past several years and has not been shown in Kansas City. Until now.

Opening March 12 and running until mid-June, “Pueblo to Pueblo: The Legacy of Southwest Indian Pottery” allows the Kansas City Museum to showcase their Native American collection for the first time in years. The exhibition consists of over 70 objects and supporting materials dating from the mid-nineteenth to the mid-twentieth centuries. Viewers will appreciate and learn about the artists and native cultures of the Southwest pueblos including Acoma, Santo Domingo, Isleta, San Ildefonso, and more.

Denise Morrison, Director of Collections and Curatorial Services, said when the traveling exhibit tour ended, the museum would showcase the collection itself.

“Anna Marie came along and said 2016 is the year NCECA, National Council on Education for the Ceramic Arts group, is celebrating their 50th anniversary and hosting their convention in Kansas City, so why not showcase Pueblo to connect with them,” Morrison said.

Pueblo will coincide with NCECA’s 50th annual conference in Kansas City from March 16 to 19.

Twelve Pueblos will be represented in the exhibit, with roughly 65 pots, several photographs and maps available for viewing. According to the museum’s website, the collection represents over 100 tribal cultures and includes items of everyday as well as ceremonial use. Curator Bill Mercer has been working with the museum since the early 1990s on the exhibit.

Morrison said in the past, there wasn’t an opportunity to display this exhibit.

“It was a great thing to travel,” Morrison said, adding this is a fun exhibit for the museum because it doesn’t do things like this very often.

After the exhibit ends, everything will go back into storage. She noted these pieces need to rest after being on the road for years. There is a catalogue of the exhibit and it will be for sale.

“I’m really proud of that [the catalogue] because a lot of museums automatically do that, especially art museums,” Morrison said. “That’s just what you do. You do an exhibit and you do a catalogue. We don’t always do that. So to have the catalogue with it is really special.”

The KCM will host an exhibition opening reception on from 5 — 7 p.m. Friday, March 18, at the Kansas City Museum. 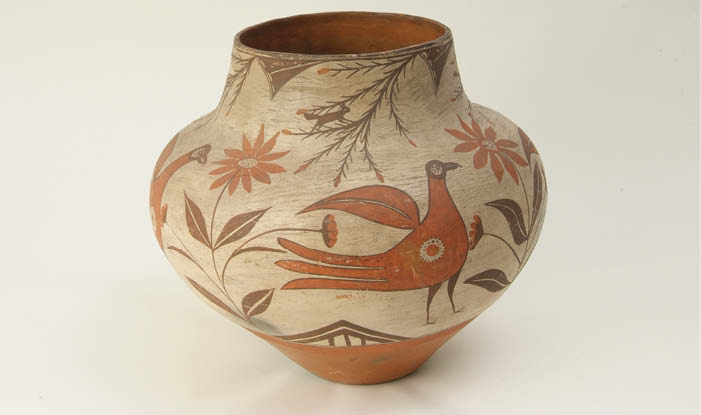