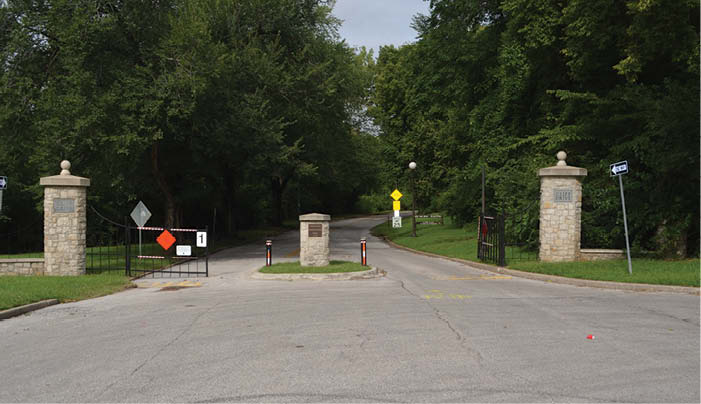 Cliff Drive. The Cliff Drive Connector Trail would lead from the west entrance of Cliff Drive to a trail-head that connects the Northeast with Columbus Park. Paul Thompson

KANSAS CITY, Missouri – A connector trail seven years in the making that would connect Cliff Drive to Columbus Park is closer than ever to becoming a reality.

The bid award for the Cliff Drive Connector Trail was approved by the Board of Parks and Recreation Commissioners on Tuesday, September 13, and work is expected to begin sometime this fall. The new connector trail will essentially connect from Missouri Avenue and The Paseo all the way down to 3rd and Holmes in Columbus Park. Bids for the project were received on August 10, and Gunter Construction Company’s low bid of $718,723 was selected. The scope of work includes construction of a 10-foot wide concrete trail that would traverse through Kessler Park for 2,306 linear feet. Two alternate project items were also included in the presentation to the Parks Board: a shared bike lane that would continue through Columbus Park, and an eight-foot concrete trail that would connect the west gate of Cliff Drive to the new trailhead, and on to the intersection of The Paseo and Missouri Avenue.

The project will be funded through a combination of $832,518 in federal grant funding and a local match of $330,000. Those funds were utilized for the design phase of the project in addition to the planned construction.

“It was a federal scenic byway grant,” said Parks and Recreation Program Manager Scott Overbay. “The government gives the grant to the state, and then MoDOT oversees the grant requirements.”

“It connects the Northeast to the River Market area, and gives people a pedestrian/bicycle connection to the commerce down there,” Overbay added.

Northeast resident Brett Shoffner is an avid bicyclist who has been a major driving force for the new trail. In fact, he started pushing the project before he even moved to the Northeast. He told the Northeast News that he’s gratified to see the long-gestating plan on the precipice of breaking ground.

“It’s really going to change the way people can get to and from their jobs in the East Bottoms and River Market,” said Shoffner. “It’s a testament to the community being engaged and really following through with the project.”

Shoffner sees the trail connector as a safe alternative route from the Historic Northeast to Columbus Park. As it stands now, the best way between the two destinations on a bicycle is through oft-congested traffic along Independence Avenue.

“We see it more as a transportation corridor than as a recreational trail,” said Shoffner. “This connector trail will also tie into Berkeley Riverfront Park, and all the things they’re doing down there.”