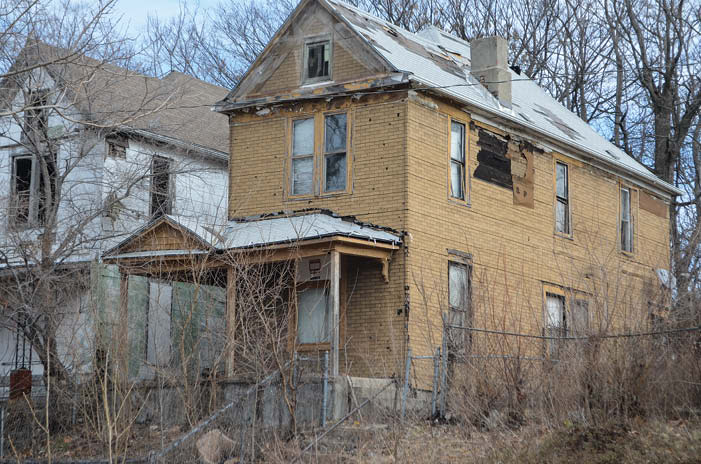 Yours for a dollar. To reduce the number of dangerous buildings, Kansas City is selling homes like this for only $1. Joe Jarosz

KANSAS CITY, Missouri — In two year’s time, it’s the city’s goal for you to see fewer dangerous buildings around your neighborhood.

Kansas City Mayor Sly James and city manager Troy Schulte revealed plans last week to demolish more than 800 dangerous buildings and reduce blight within the city over two years. The plan is part of the city’s $1.5 billion budget recommendation. The City Council will vote on the plan in March.

In the past, city officials have estimated it would cost roughly $10 million to demolish all homes on the dangerous buildings list. The city spends about $800,000 annually tearing down these structures, which equals to about 100 per year. However, the list continues to grow as more buildings are added. The submitted budget also addresses other key issues such as staffing, code enforcement, infrastructure and maintenance.

As part of the bold new plan to eliminate blight and revitalize Kansas City neighborhoods, the submitted budget proposes a comprehensive $10 million bond issue to eliminate dangerous buildings over the next two years. The submitted budget will pay for annual bond debt service by reinvesting the city’s annual demolition budget of nearly $800,000 and an additional $500,000 that would have otherwise gone to the Kansas City Police Department. Additionally, city leaders are working on plans to help make it easier and cheaper — $1 for properties on the list — for residents to purchase dangerous buildings and vacant properties for rehabilitation.

“If they expect nothing else, Kansas Citians expect city government to take care of neighborhoods, and this budget, does just that,” James said. “The city manager and I are fully committed to making sure we have clean, safe neighborhoods today and for the future.”

“If you’re a private owner and you’re on the dangerous buildings list, we’re coming after you,” Schulte said, adding that private owners, companies and LLCs will be taxed roughly $15,000 by the city if they demolish a property. “We encourage people to take care of their properties because they don’t want us to do it. We’re the most expensive option.”

The city doesn’t want vacant lots to spread across various neighborhoods. That’s why they’re encouraging anyone interested in purchasing a property with the desire to rehabilitate it to contact Landbank. Those who purchase a property from the dangerous buildings’ list for only $1 will be rebated about $8,500 — roughly the cost of demolishing one building — at the end of the rehabilitation process. James hopes residents will step-up, purchase buildings and rehabilitate them. Residents can see a list of available buildings at http://kcmolandbank.org/.

“If you want them, come and get them but you got to rehab them and bring them up to code compliance,” Schulte said.

An interactive way to explore our dangerous buildings data: http://bit.ly/kcdbexplorer

If you’re wondering how this will help the issue of blight in the Northeast, Schulte said it actually helps. There’s 93 houses in the Northeast scheduled to come down and this program allows the city to finish what they’ve started without having to worry about funds drying up. If anything, Schulte noted, the bond will help speed up the process.

In addition to the new initiative to eliminate dangerous buildings, the FY 2016-17 submitted budget includes:

Allocations to fund an assessment of staffing needs at the Kansas City Police Department.

Funding dedicated to ensuring that more Kansas City residents and business are hired for the city’s contractual work.

Funding recommendations for the city’s many departments and programs can be found in line-item detail as part of the FY 2016-17 submitted budget online at http://kcmo.gov/finance. Residents are invited to provide feedback regarding the submitted budget by attending scheduled budget meetings, submitting feedback online through KCMOmentum.org, by participating in the city’s annual live budget twitter chat from 3 – 4 p.m. on Tuesday, March 1, at @kcmo or by attending special budget sessions on: 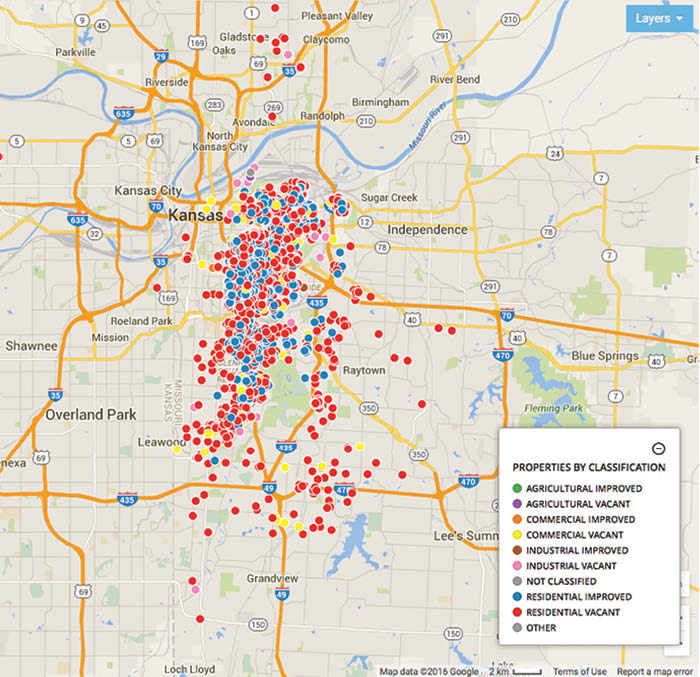